How to: Talk to a Child about the Death of a Loved One

Children are especially vulnerable to psychological problems after the death of a parent or a sibling. This vulnerability can be exacerbated by survivors who are not able to provide the support and comfort a bereaved child needs. In Bereavement: Reactions, Consequences, and Care, the Institute of Medicine addresses the consequences of bereavement during childhood and adolescence. [mfn]https://www.ncbi.nlm.nih.gov/books/NBK217849/[/mfn]

Children react differently to grief than adults do, often by seeking support and observing the reactions of strangers, play acting the funeral, or seeming to avoid the big emotions associated with the loss of a family member. This playacting can surprise and exacerbate surviving parents and caregivers who are unaware of how children process and understand death.

Studies have shown that 5% of children will lose one or both parents by the age of 15. Experts suspect that this percentage is higher in children of lower socioeconomic groups. The death of a parent or a sibling has profound effects on the surviving children, which can be felt throughout the entire adolescencec and through adulthood.

In a psychoanalytic sense, people complete the mourning process when they detach memories and hope from the deceased person. For a child to complete this process, they must (1) be able to understand the concept of death, (2) be able to form a real attachment bond, and (3) have a mental representation of the attachment figure. Children under the age of four are typically unable to complete the mourning process because of their emotional and cognitive development.

Concept of Death: Child’s cognitive and language development does not allow the child to understand the idea of death

Form Bond & Mental Representation: Between zero and six months an infant cannot develop the memory necessary to form a bond.

Between six and eight months, infants start to understand stranger anxiety, but it is not until the child develops object constancy that they can form the necessary bond to create a mental representation of a person.

Concept of Death: Children between three and five understand death to mean “less alive,” and equate it to being asleep.

Between ages three and four, a child develops object constancy and can start forming bonds and mental representations.

A bereaved child requires a consistent adult who satisfies reality needs and encourages the expression of feelings of loss. This can create a “developmental push” that increases a child’s cognitive and emotional maturity and contributes to a child’s resiliency under favorable circumstances.

Concept of Death: Children start to understand that death is final but think it only happens to other people

Concept of Death: Children over the age of 10 begin to understand the causes of death, and that death is final and inevitable.

For a surviving parent to help a child complete the mourning process in a healthy way, the parent needs to be armed with several strategies that will help the child – and the survivor – grieve.

If a parent is terminally ill, American child psychoanalyst, psychologist, and teacher, Erna Furman, suggests that the child and ill parent maintain personal contact so long as the parent is not drastically altered in appearance or in ability to communicate with feeling.  A dying parent can help a child understand and accept that death has finality.

Research has shown that children who have terminally ill parents benefit from short-term preventative therapy. Brief treatment (10 to 12 weekly home visits) has been shown to make a significant difference in the anxiety levels, and social and scholastic adjustment of children who are anticipating the death of a parent. These short-term sessions focused on the child’s perception of the parent’s illness, the child’s reaction to the illness, the situation at home (present, past, and future), the child’s feelings towards their parents, and their understanding of themselves.

It is essential for parents to understand that children grieve differently than adults so that a parent understand how to provide a supportive and understanding environment. This support is difficult to deliver while the parent is also to grieving the loss of a life partner.

Children who are grieving may ask distressing questions, such as when there will be a new parent or a new sibling to “replace the one who was lost.” Children may also confront strangers with the news of the death to test reactions and gauge their responses and measure the responses they observe against their own. Children may play “funeral” or “undertaker” games to understand the situation. In contrast, a child’s reaction may seem extremely mild to the loss because of strong defenses to protect the child from becoming flooded and overwhelmed with emotions.

It may be helpful to provide the child with concrete memories and recollections of the deceased parent or sibling.[mfm]Furman, E. A Child’s Parent Dies. New Haven: Yale University Press, 1974.[/mfn] Some children are eased through the use of photographs, clothing, or other possessions of the dead because these tangible items represent the dead person and the child’s past relationship with the person.

Talking to Children about Death

Children are naturally curious and begin asking questions about death at an early age. Most psychologists and authors agree that it is essential to educate children about death when they are young before death enters their lives in an emotionally threatening way.

Authors have suggested using naturally occurring moments to teach a child about death, such as when a child’s pet dies. Other recommended opportunities include driving past a cemetery or coming across a dead animal while on a nature walk. Although these are difficult conversations to have, a child’s curiosity naturally opens the door to have open and honest discussions at the child’s developmental level.

Another suggested way of discussing death with a child is through children’s literature. Gloria Goldreich, a writer of children’s books and a mother, compiled a list of books that she found skillfully addressed the sensitive topic of death. Goldreich notes that “I have become increasingly aware of the way in which children depend on their own special literature for reassurance and explanation. They trust the books and believe in their writers.”

Goldreich suggests using classics such as E.B. White’s Charlotte’s Web (New York: Harper & Row, 1953) to understand natural death cycles. In Charlotte’s Web, Charlotte, the spider devotes her life to ensuring the survival of Wilbur, the pig, and the safe birth of her children. “Charlotte dies in the natural course of events, stoic and accepting, cautioning her good friends to be similarly disposed because through the vast number of baby spiders in her wondrously spun cocoon, her immortality is ensured.”

Talking to Children about a Family Member’s Death

In many cases, the family’s existing belief system will often determine what parents will tell a child. Even when families seek professional help, those professionals will try to keep those family belief systems in mind when providing care. It is important to understand the child’s level of social, emotional, and cognitive development, how the death will impact the child and the family, as well as understanding what the child already understand about death.

Studies have found that, across most families and cultures, the truth is the best recommendation, told in simple terms that the child can understand.

The discussion should include informing the child that the parent or sibling is dead and will not be alive again to dispell the fantasy that the person is just sleeping, assuring the child that the deceased no longer feels anything and is no longer suffering. The adult should encourage the child to ask questions to determine what concerns or fears might be worrying that child that would not have occurred to the adult.

Attending the Funeral or Memorial Service

Many parents worry about whether a child should attend funeral services. Most authors recommend that children be allowed, but not forced, to participate in the mourning and funeral rites. The mourning rituals help the child understand the death and cope with their feelings. By attending, children can understand the finality of death.

If a child decides to attend a funeral service, parents can help the child by explaining what to expect. The parent can explain what the room will look like, where they will be sitting, and what they can expect to see and hear. If children are present, a service might be modified to make the service more accessible. This could include shortening the service or having a closed casket. It may be helpful to have a relative or close family friend sit near the child who can help the child leave the service if it becomes too much.

It is hard to distinguish between healthy and problematic grieving in children, and few clinicians have attempted to create a guideline for when an adult needs to seek professional help for their child. Some warning signs in bereaved children include persistent anxieties, such as the fear of further loss, or fear of their own death, hopes of a reunion with the deceased person, a desire to die, persistent blame and guilt, patterns of overactivity with aggressive and destructive outbursts, compulsive caregiving and self-reliance.

Other clinicians have added that an inability to speak about the deceased parents, exaggerated clinging to a surviving parent, a manifest absence of grief, strong resistance to forming new attachments, prolonged dysfunction in school, or engaging in new stealing or other illegal acts.

According to the National Institutes of Health, there is little scientific evidence about the effect of intervention before or after the death of a family member during childhood, but that there is a general agreement about promptness, honesty, and supportive help. 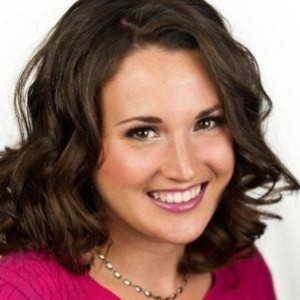 PrevPreviousA Few Things to Consider Before Becoming an Executor
NextIf there’s no will, who’s the executor of a New Jersey Estate?Next
On Key

Is a living will valid in all states?